A Story of Leonardo and a Bird Catcher

This was Giacomo’s chance to prove himself. He gathered his father’s old nets and traps and set out into the fields.

But Giacomo’s quest to impress his father and catch an evasive bird is foiled at every attempt because an old man is freeing every bird Giacomo catches. Finally Giacomo spots the bird he is after, perched in the window of the artist’s studio. In his rush to catch it, the boy frightens the bird away. Then he sees something on the old man’s table and has an idea. 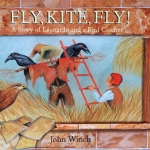 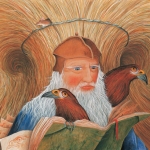 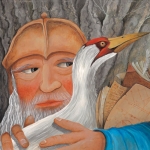