The True Story of a trip West

The sun was beating down on Death Valley. Water was nowhere in sight. The food had run out days ago. Other oxen bucked, kicked, and ran off, but Old Crump trudged on, carrying four children across the desert.

This picture book based on a true story of a party of forty-niners, who were unlucky to have taken the wrong shortcut, but fortunate to have brought an ox with them that was as courageous as he was faithful. 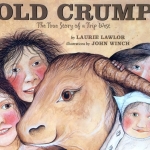 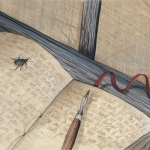 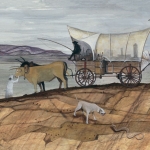 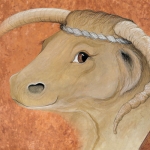 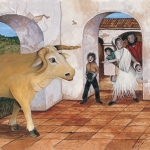